They took the risk to post videos of their exploits on the Internet . Three men suspected of having
tagged and degraded many trains metro and RER in Paris for months, were arrested Monday.
Placed in custody in the premises of the regional transportation security in the Paris agglomeration
Police They are accused of degraded nearly 1000 oars belonging to the 200 RATP and SNCF.
The case began when the RATP has filed a complaint in December 2013. His officers noticed a
YouTube video where taggers, masked dancing in front of the Paris metro trains claiming their actions.

The investigators then discovered other videos in which two recurring characters appear, one
nicknamed "Boris." A Bulgarian 25 experienced police for other business tags, degradation and
carrying weapons. A woman also regularly appeared at their side. It is called "Theme X". More bodied
yet, the broadcaster of the videos was called "Jacques Mesrine", the name of the former public enemy
number 1 killed by police in November 1979 in Paris. A third man has been identified by investigators,
including spinning the young woman managed to "accommodate" the three main characters in Paris,
according to the police source. The three men were arrested Monday morning for "conspiracy" and
"deliberate damage in a meeting." During the searches, investigators found 400 cans of spray paint
and other videos scenes tags. 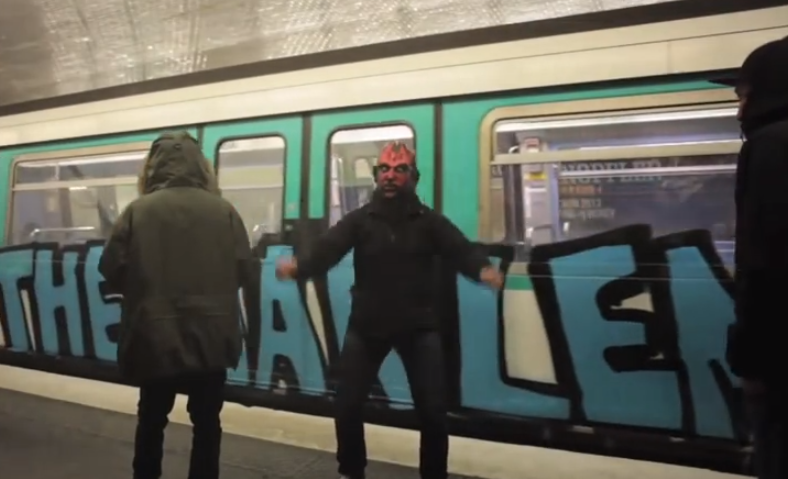