Got this Pyro review in the mail the other day sorry for the delay in posting.

So i got a nice selection box courtesy of Pyro colours (they call themselves pyro
colors though, America fuck yeh!) A nice selection and the design is pretty dope. 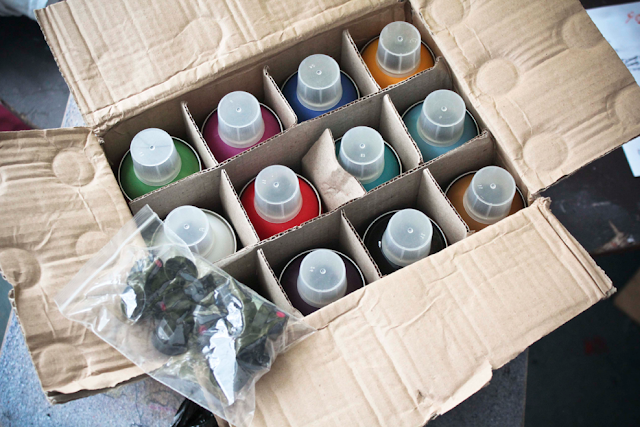 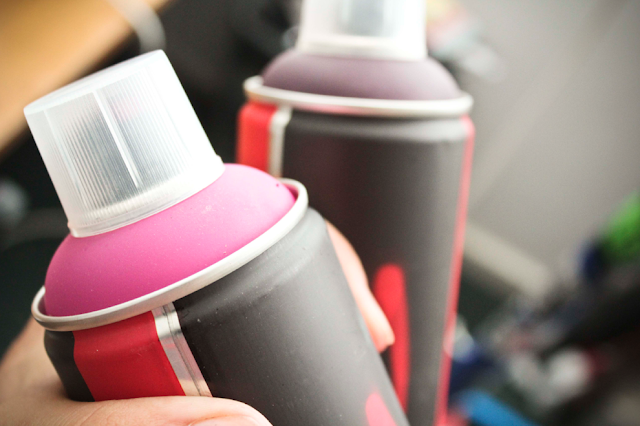 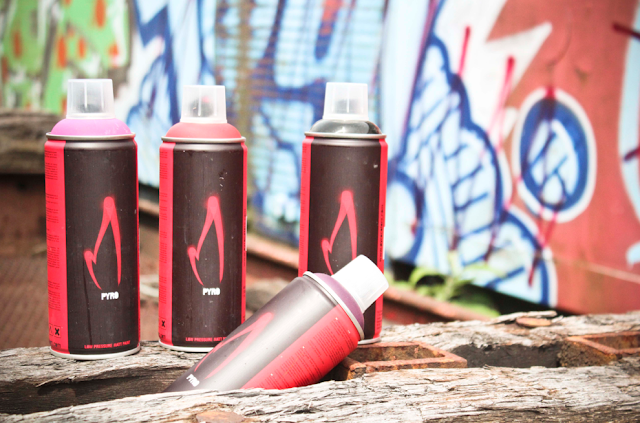 They need a good shake and its best to put a fat cap on to clear the pretty amusing silly
string that they blast out but then your flying, a nice thick one coat colouring. 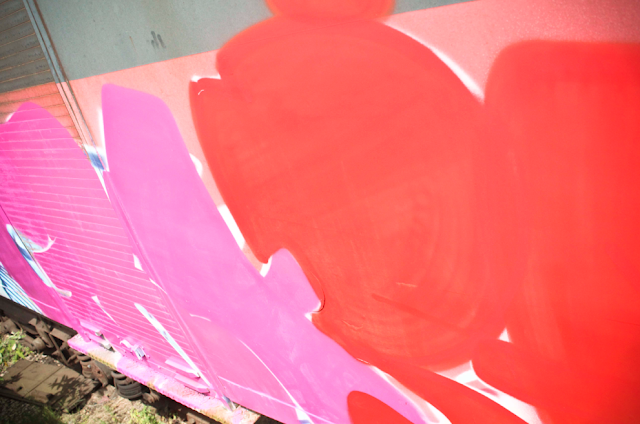 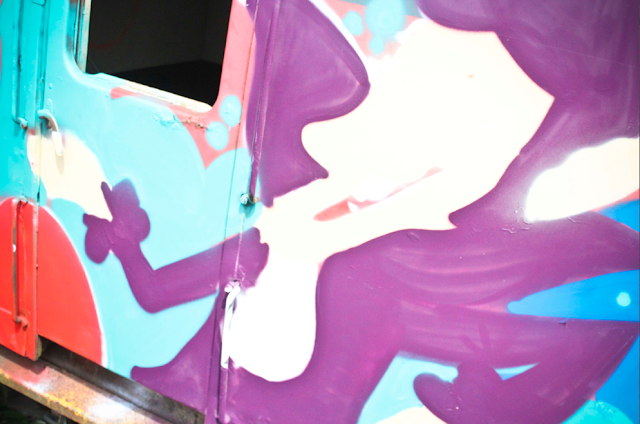 Characters an everything. We boss 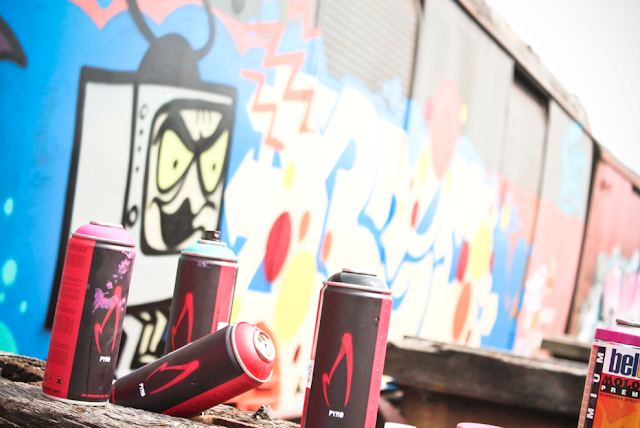 For line work it was pretty good going, outlined with a standard pink dot as i only had skinnys
with the ones i got, and for the skinnier lines i used their stock cap banana thing, and it was good,
i even found myself using it on my guest appearance 94's and as you can see you can get a pretty neat skinny
line. As you can see from the white though, i wasn't able to get a very rounded end to the line,
which didn't bother me too much, but i can imagine the precision lot might have chafe. 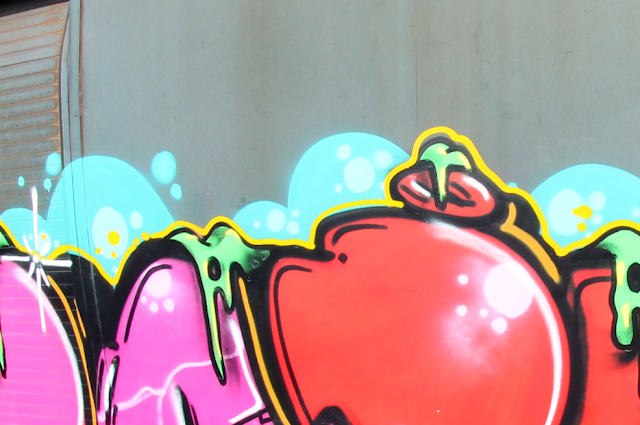 Id say pressure wise its, good, not too low to affect a strong power line, but not as high pressure as the new montana blacks,
and would liken it more to Clash. Some say its akin to Illuminarty but i think its definitely a level above that.
And yes it does stink but  when your outside its not too noticeable, smells a bit like Ironlak, give a shit its paint its not air fresher. 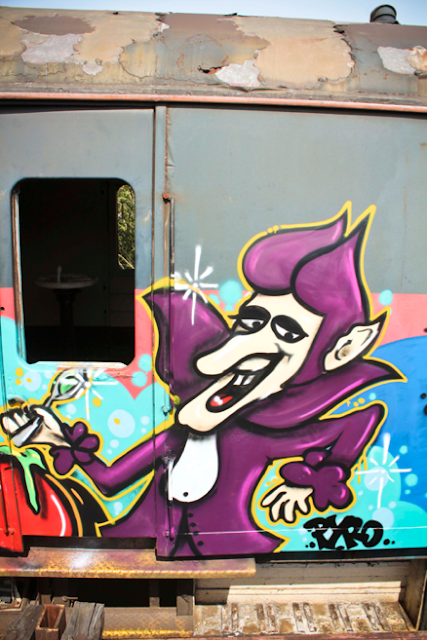 Its only £2.30 online, and you can also grab it from The Bench in the Custard factory in Birmingham, or in their online shop.
I'd rate it about a 7 out of 10 and if my local sold it i'd be partial to make that my staple diet.
Safe for the hook up lads.