We clocked a freshly broken down metro in a tunnel in Paris, clean as anything, did some lovely
stuff on it, some of the best Metro i've ever had. Anyways it seems its still there and not looking
too tasty. I definately count myself lucky to have got there first. From Patch's flickr.
We found it like this 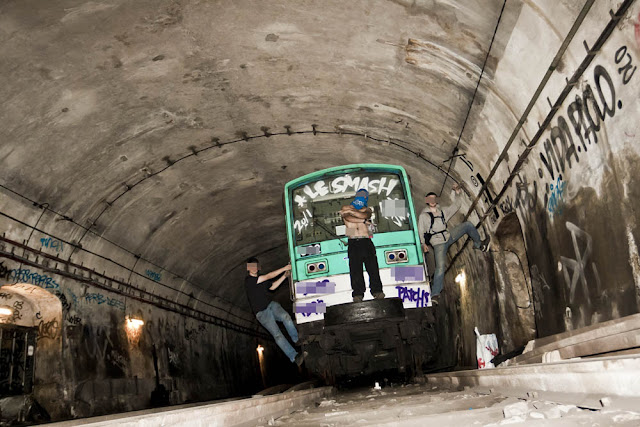