I read in some bullshit paper today Colin Saysell saying i was the founder of the ACAB
graffiti crew and i have a severe dislike for the Police. Yeh cos im from the forties you mug. 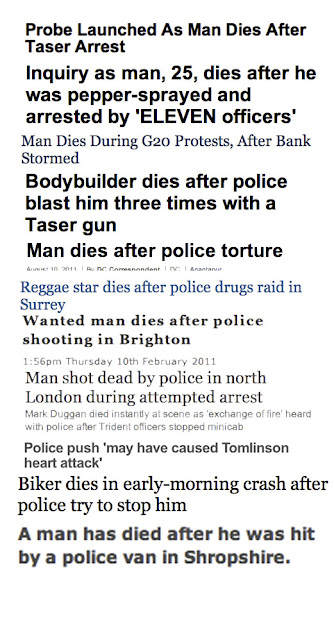 'There is the case of the officer who struck me with a police baton. Although the IPCC have said that an apology, and one that I am still waiting for, would be appropriate, they have accepted the Metropolitan police's claim that they have been unable to identify the officer responsible. Yet, when it is rioters and looters, the ink hadn't dried on Murdoch's news presses before photographs of masked faces and appeals for information had been released.
This is the hypocrisy of the British judicial system. Hundreds of people have died in police custody in recent years, but no officers have been successfully prosecuted. The government has no moral authority to condemn human rights abuses in other countries, let alone send SAS forces and humanitarian bombs to "protect" those rights, when our own police force, or "forces loyal to Cameron" in BBC-speak, are committing crimes in our own country.'
- Jody McIntyre
by . at Thursday, August 25, 2011