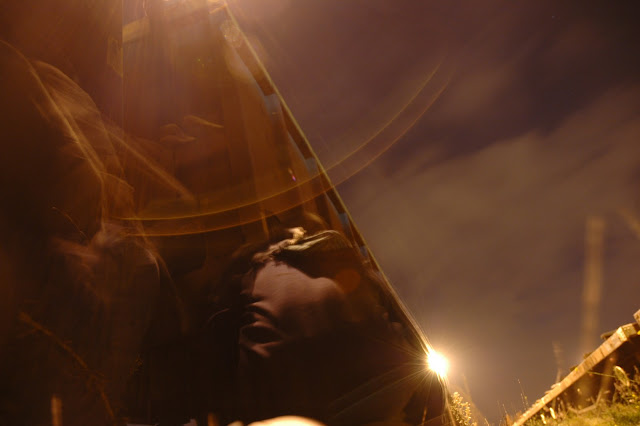 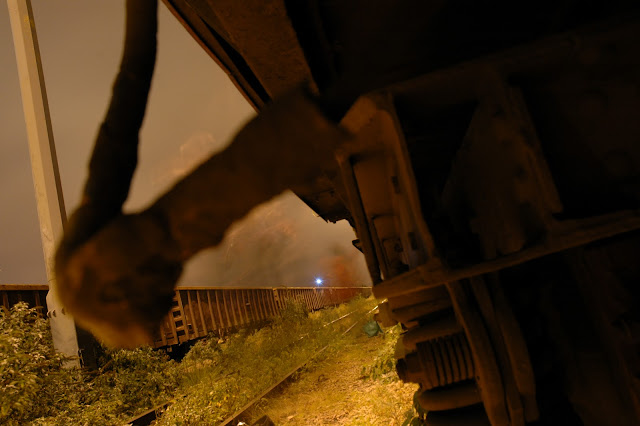 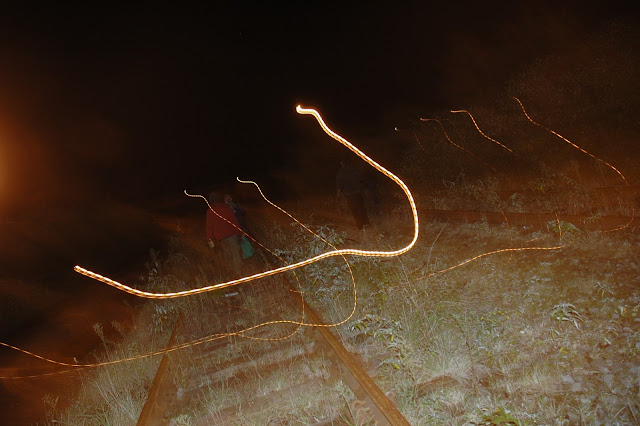 This one time in 2008 or something, a few different heads all appeared at my new yard in Cardiff at the same night, we cotched in my living room watching style wars, and decided to go out and do something. I was on a break and hadn't plotted anything so we chose to do some trash out of town, and id just climb about and take photos. Was weird when we got there we saw some dude riding up the tracks on his bike, but it got weirder. We went through the woods and arrived at the line going in, and bumped into a group of Pikeys with air rifles, we mumbled some' alrights' and then headed past them, but as soon we got a distance away they started shooting. We split and went Blair Witchin thru the woods and up onto this duel carriageway, i could hear pellets pinging off road signs and at one point was on all fours going down the side of the duel carriageway with people in cars looking out at me. I didnt wanna leave so i got back into this field and hit the deck into some long grass and tried sniper shufflin back into a good view point, but they clocked me and soon shit was whistlin past my head as i legged it back out of there. We re grouped in this roundabout in the middle of the main road, and i stashed my SLR in a tree. One of our mandems was missing, and wasn't pickin up his phone. After a few minutes he was ringing my mate but it wasn't him on the phone. One of the rattys had made him call us and they were demanding we come back down or they wouldn't let him go. We stuffed our pockets with rocks and headed back down, this was a pretty fucked up situation but we weren't gonna bail on him. We got back down and realising there was about twice as many of us played it dumb and said they were kiddin and fucked off. Was a pretty jokes session after that and me and one of the dudes train surfed some way up the tracks on a freight. After a while i started going there in the day and would see pikeys with air rifles all the time, but a bit of confidence and an i dont give a fuck look and they leave you alone. Even used to meet this crusty old bloke in there on Sundays pulling copper coils out of the train engines. Was a good spot, untouched, but after a while the wrong crowd found it and started burning the trash trains and it got shit.
Good times.
by . at Sunday, February 27, 2011